On Veteran’s Day 2018, I decided that I must see the American Heritage Museum in Hudson, MA.  It has been known for aircraft, but recently acquired the Jacques M. Littlefield collection from California. They had a “soft opening” on their new tank and AFV collection, and it looked good on FaceBook.  They also offered vets a free admission, so I thought it would be a good experience.

I had no idea I was about to see the most unbelievable collection of functioning military vehicles in the US.

A small cannon at the entrance

There was a short but very good video on Massachusetts and its role in the Revolutionary War.  Then, a door opens and you find yourself in a WWI trench and a multi-visual presentation ensues. 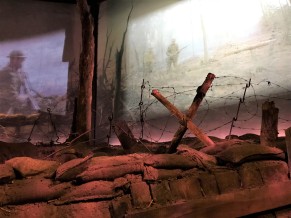 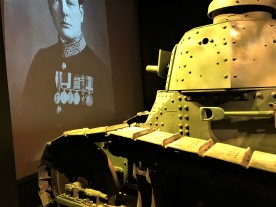 After, you get to see the FT-17 (American made version) close up 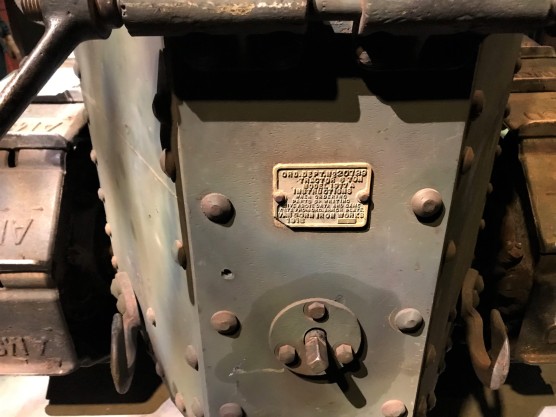 Crank for the FT-17 and its data plate

Next, a door opens, and it is early WWII.  A British Vickers Mark V is on display, along with a Mercedes staff car.  There will soon be a Panzer I as well.

Another door opened to a walkway around a giant hall – and my jaw dropped multiple times.

So I was not expecting that many rare tanks, to include a functional Panzer V Panther.  It had been recovered from a lake on the Eastern Front and fully restored.  I will share some more pictures below, but these do not do this collection justice.  It was amazing to see these so close up.  There were very few placards on the vehicles, but luckily I know a lot of them because of my historical and war gaming interests as well as my background in the Army.  If I misidentify any here, it’s on me.

A centerpiece of the collection is the Panther versus a Soviet T-34/85.  There is a screen that has a multi-visual presentation of the two opposing tank commanders, with sounds, effects, and more.  It concludes with the story of the recovered Panther. 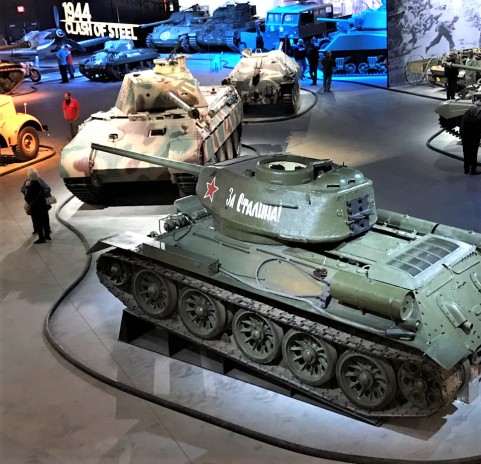 Beautiful restoration of this Panther

Stunning to see this legend

The presentation screen with the opposing tank commanders 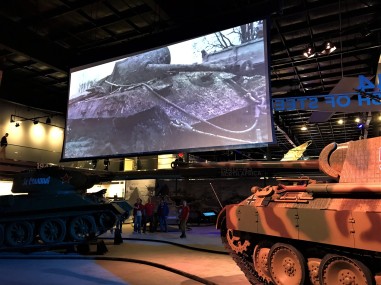 Here you see the Panther’s unrestored state as found 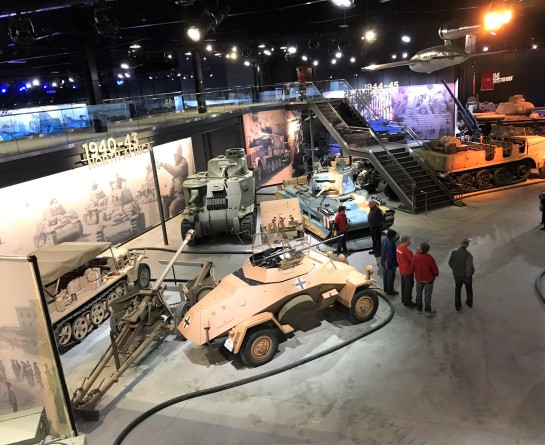 View from the walkway

Top of an M5 Stuart

An M3 Lee or a Grant 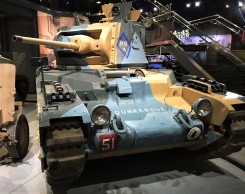 Close up of the M3

Not sure what this is, but the staff said there are only two remaining in the world

There was a nice collection of UK tanks that I had never seen before: 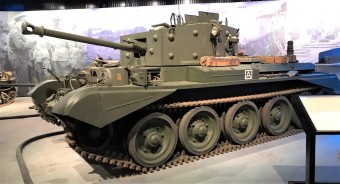 Interior view of the Churchill

A Locust! This is an American-made glider-transported tank that only saw service in the Rhine River crossings with the British Army. Very rare!

There were of course many WWII American tanks and tank destroyers: 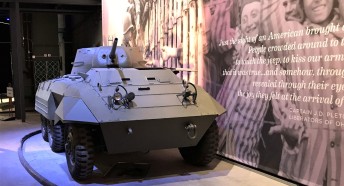 Interestingly, there was a Jagdpanzer 38 (Hetzer) that was key in the What a Tanker game that I played the night before – I had seen one before, but not so soon after I had used it in a game!

An impressive display of Flak 88 AA gun and accompanying equipment was nicely.  This could have been the gun that wounded my late Uncle Joseph Delaney in his B-17 in 1943.

There were a couple of Russian vehicles – an ISU-122 and an SU-100 displayed.

My grandfather, Marcus C. Delaney, drove an M-24 Chaffee light tank in WWII.  The museum put their Chaffee in the Korean War section, as it did serve there as well.  I was feeling somber seeing my grandfather’s tank on Veteran’s Day, and I miss him.  He was a hero to me, and a big reason I went into West Point and the US Army.

The next section was dedicated to the Vietnam War. 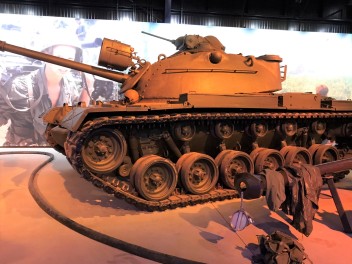 For the Cold War, there was an East German T-72. 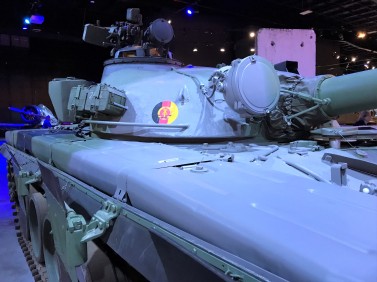 Next, the “hot” war that occurred during my service, the Gulf War.  I did not go to the theater, and performed my duties stateside.  I often say that they had a war and did not invite me.

M551 Sheridan – the last conflict for this airborne tank

Finally, the War on Terror, which had a USMC M1A2 Abrams tank (though I am not exactly sure which variant it was).  It was hit by an IED in Fallujah in 2006.  There is a touching video presentation of the event and its impact on the crew and the tank commander’s widow.  RIP.

The museum truly honors veterans, and I was humbled to walk through the many, many displays.  To have one in Massachusetts like this is a really special thing.  The museum will close from November 25th to April 15th, so there are a couple of weekends left to try to go before spring.

I will be coming back here for sure.  Thanks to the American Heritage Museum for such a great homage to our history and our veterans.

31 thoughts on “There’s a real Panther in Central Massachusetts, and he’s got many friends!”